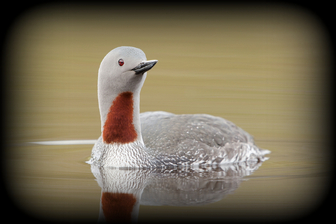 Spend a day exploring the wonders of the magnificent Caledonian Pine Forest and tranquil lochs within the spectacular Cairngorms National Park, with a visit to a secluded glen in search of Eagles, Mountain Hare and Red Deer. Crested Tit should be busy feeding young, as will Red Throated and Black Throated Divers on the many lochs in the area. Slavonian Grebe, Ring Ouzel, Goldeneye, Scottish/Parrot Crossbill are also our target birds on this spectacular day out.
We will also drive across some of the vast Dava moor where Red Grouse can be seen from the roadside, as well as the breeding Curlew, Golden Plover and maybe even a Short-eared Owl before heading up in to the magnificent Strathdearn (Findhorn Valley).  Golden and White-tailed Eagles can be seen as well as Merlin and many other birds of prey. It is renowned as one of the best raptor watching locations in the UK. 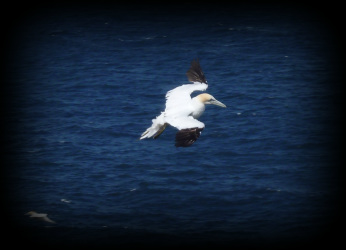 One of the most beautiful and unspoilt coastlines in Britain, the Moray Firth, with it's sweeping beaches, tidal mud flats, many harbours and bays a birders delight. In summer Terns fish around the mouth of the river Spey often harassed by a passing Skua and Bottle-nosed Dolphins are a regular sight offshore. Further east lies Scotland's only mainland Gannetry, Troup Head. Razorbill, Guillemot and Puffin nest on the towering cliffs while Gannet and Fulmar hover in the wind at eye level against the backdrop of the outer Moray Firth. We may stop off at the picturesque village of Pennan, setting for the film "Local Hero" for lunch while scanning the sea for any passing cetaceans. The trip can also be combined with s visit to the RSPB reserve at Loch of Strathbeg, especially in late summer when migrating waders are starting to pass through. 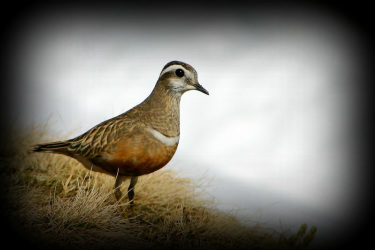 Once winter snows have melted, the hills slowly regain their colours and birds return to breed. Of course, the Ptarmigan are there all the time, they begin to pair and explore their breeding grounds as soon as the snows start to clear. Dotterel breed on the plateau, Ring Ouzel and Snow Bunting breed in the coirries and Ring Ouzel on the slopes around the ski area. Wheatear, Meadow Pipit, Merlin all start to begin their breeding rituals as spring gets well underway in the Scottish Mountains. A walk for Ptarmigan may last three to four hours, with a longer walk in search of Dotterel on the high plateau. The scenery is breath-taking, the Pine Forest and lochs scattered below as you ascend up over 3000ft! Don't worry though, the car park is already at 2000ft! The day is often combined with stops at a nearby forest and loch sites on the slope of the mountain, here Crested Tit, Parrot/Scottish Crossbills, Red-throated Divers and Goldeneye can all be found. There may even time to stop off at the new "Pine Marten" cafe/bar for a welcome drink after a good days walk.

Summer is a great time to explore the rich waters which surround Scotland, especially the beautiful west coast. We will be offering some guided boat trips where you will have the chance to catch up with a variety of species of seabirds and cetaceans! Late summer sees seabird migration begin, Shearwaters and Petrels feed in good numbers in the Minch between the mainland and the Hebrides as well as a chance of Dolphins (Bottle-nosed, Common, Risso's as well as other rarer species are all possible), Minke Whale and Basking Sharks. Puffins and other Auks dot the water as we cross, and there may even be the chance of a rarer species such as Sabine's Gull which now occur regularly in these waters.
John has been leading guided tours from boats in these waters for 15 years now and knows them and their wildlife well. We plan to use the ferry crossing from Ullapool to Stornoway for some trips, this is a non-landing day trip of over six hours on a comfortable modern ferry with ample viewing decks. Warm up in the restaurant with a coffee if you feel chilled and even view from the comfort of the lounge for a while....often the best place to pick up Petrels as they race ahead of the stern low on the water. We can pick up in Strathspey or meet you in Ullapool where the cost will be slightly cheaper of course.
Check the website for planned trips soon, or contact us to arrange one for you or a group.

We also plan to run guided trips specifically looking for Minke Whale and Basking Sharks in the waters around the small isles of Eigg, Muck and Rhum, where you also get to spend a few hours on one of these special islands. Transport can be provided from Strathspey and the trip is all inclusive, a really fantastic day out and a must for a late summer visit to Scotland. We take care of all the planning so just sit back and relax.

Book for a couple of days bespoke guiding and we can include one of these trips in your package perhaps to suit. 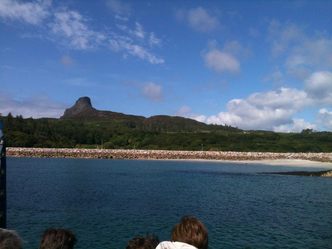